The Chicco Nextfit Zip and the Graco Slimfit are both good choices. Which one would you be more convinced to buy will depend on the space in your vehicle, your intended mode of use and your budget. Read on. 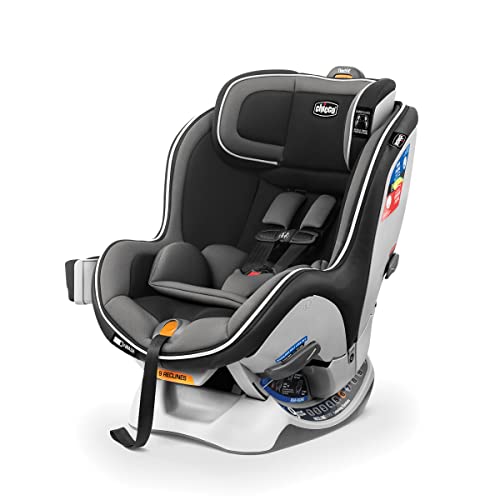 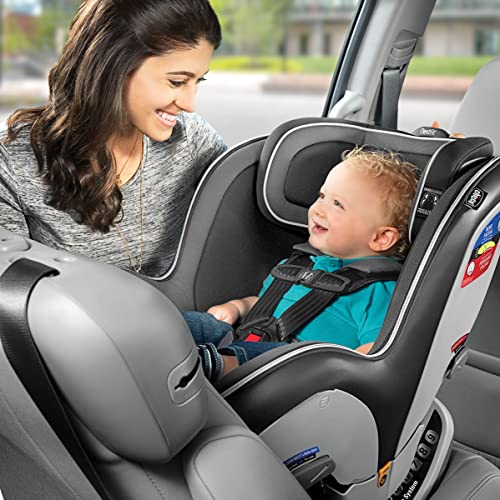 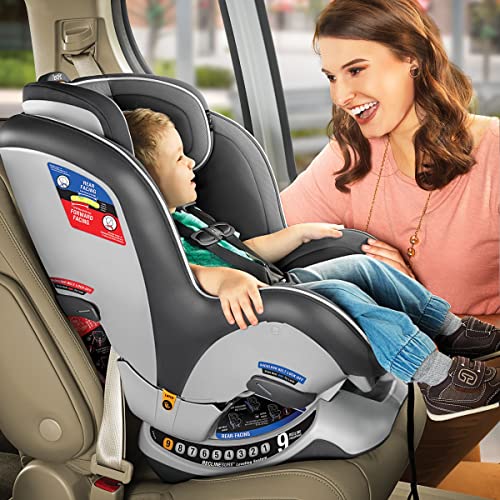 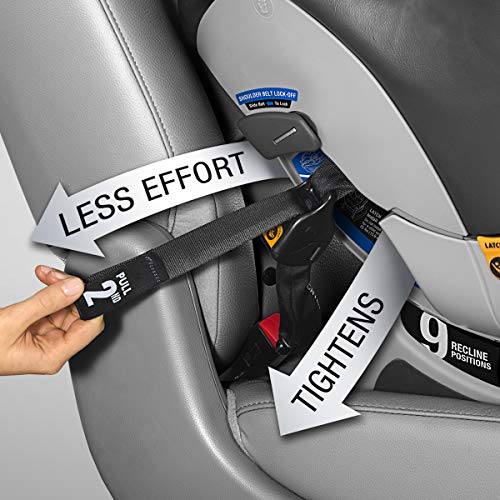 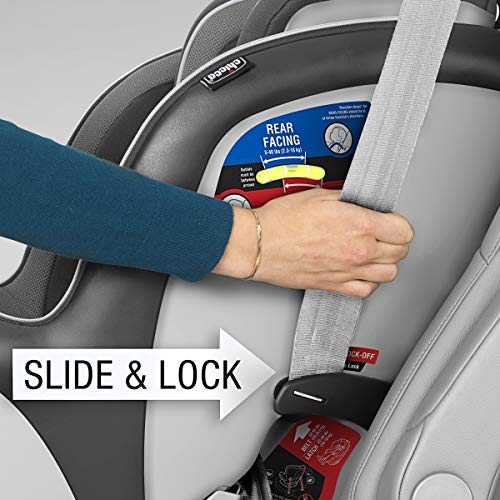 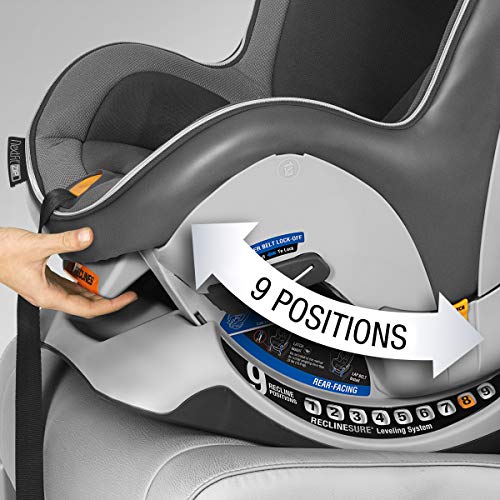 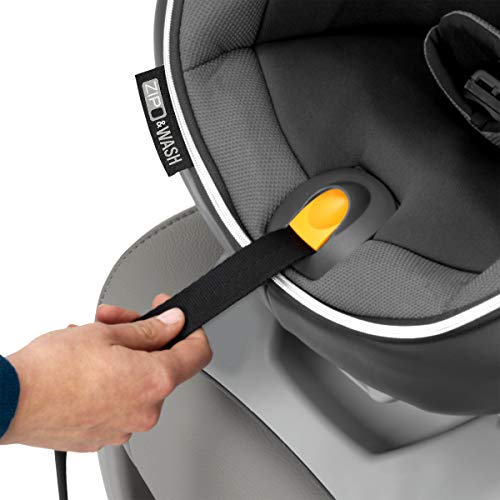 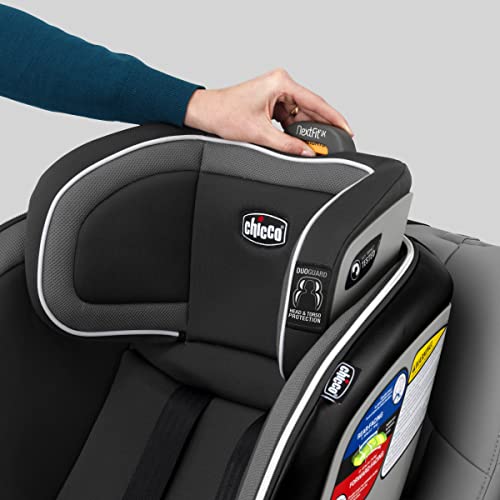 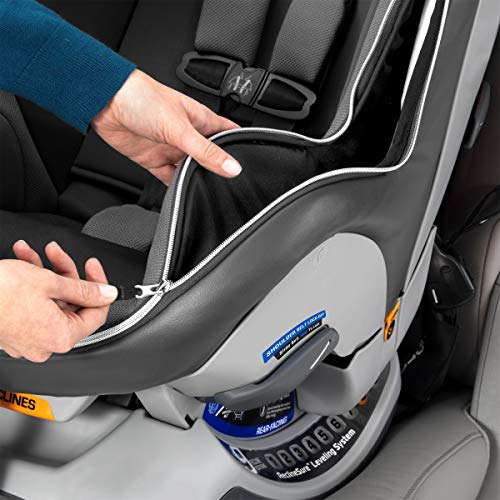 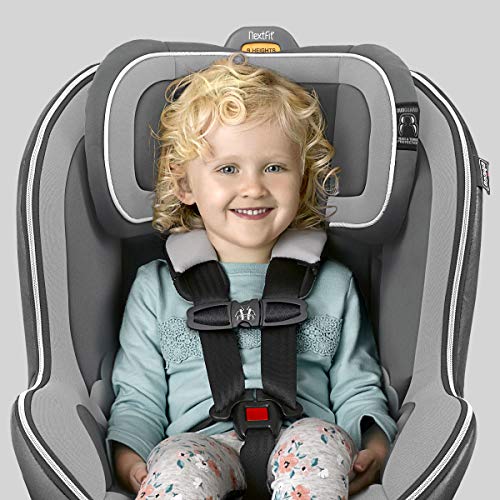 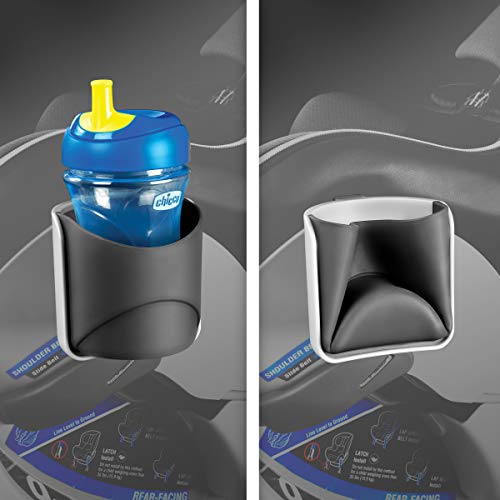 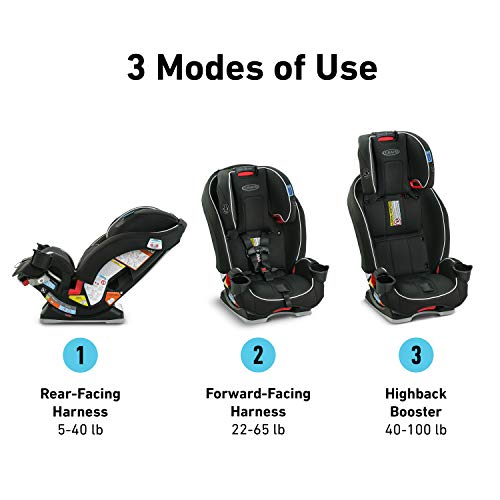 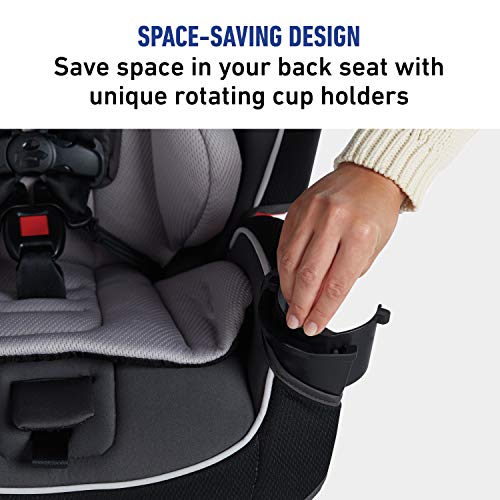 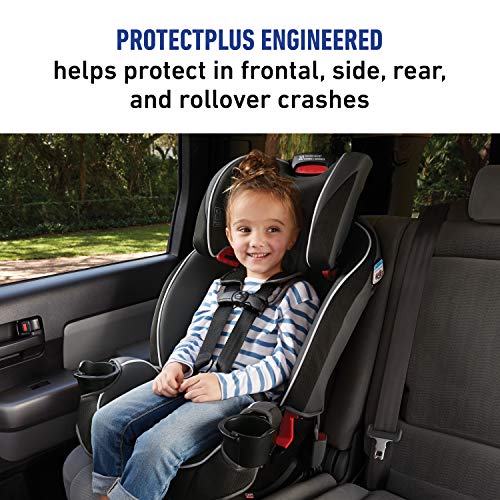 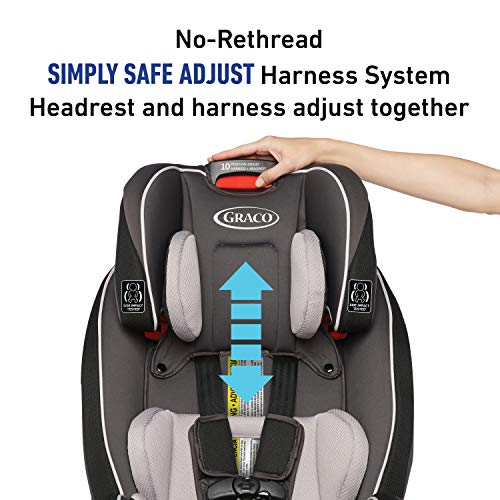 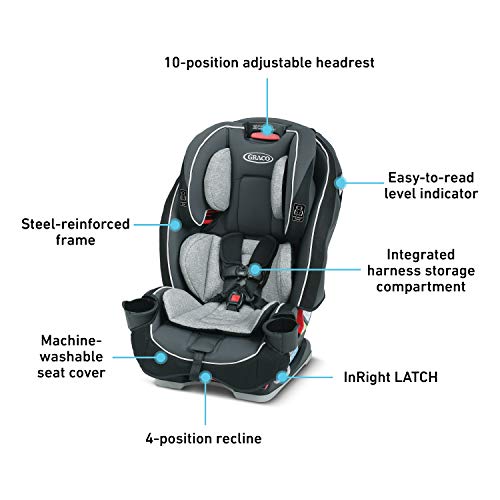 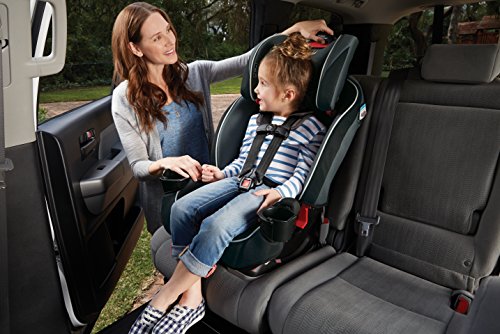 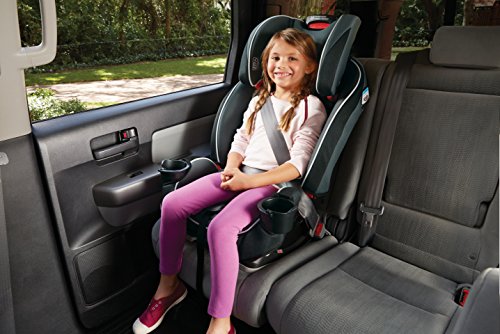 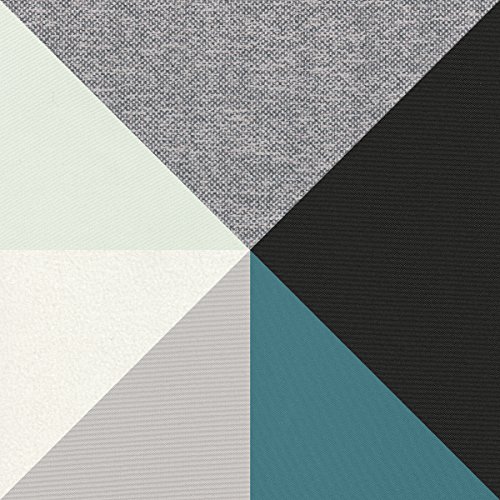 Both will allow parents to let their children stay rear-facing until they are 40 pounds in weight. With Graco’s minimum rear-facing limit of 5 pounds, reviewers have noted that the harness system of Graco Slimfit might not provide a safe fit for infants of the tiny physique.

Meanwhile, Chicco Nextfit Zip has a minimum weight limit of 5 pounds and according to reviews (using preemie dolls), the harness system and the recline positions offered by this child restraint could offer a safe fit for newborn babies even below 5 pounds so it would be a better option for newborns. Still, the manual of Nextfit reminds us that we must consult a doctor before we place a premature baby in a child restraint.

These 2 products offer the same height and weight limits for this mode of use.

In terms of longevity and modes of use, parents will more likely choose the Graco Slimfit because of the value for money that it can offer.

The widths of these 2 products have an almost 1-inch difference. Yet, the design of the Graco Slimfit is that it can swivel its cup holders inwards to save an extra inch of space. With this setup, the width of the two could be the same.

One reviewer shared that she could put one forward-facing Slimfit, one-rear facing Slimfit and one Chicco Keyfit carrier without the base in a single row. Therefore, the possible 3-across combinations for the Slimfit might also apply to Chicco Nextfit Zip, at least width-wise.

In today’s market of child safety seats, however, there are products that are slim and narrow, such as the Clek Foonf, Clek Fllo and the Diono Radian series. With their width at below 17 inches, you could place 3 of them side by side in a row inside a decent-sized vehicle on any position.

For Chicco Nextfit Zip, one user stated that it fits with no problems inside a Fiat 500. Another Amazon user mentioned that they had installed this same child restraint in their Toyota Matrix. A parent who drives a Ford Fusion explained that the space in their car is rather limited, but they mounted 2 Nextfit Zip car seats fully reclined behind the driver's seat and front passenger seat.

In another review, they stated it that Nextfit Zip was installed well in a 2005 Ford Freestar, despite the vehicle’s lousy belt geometry that often causes issues with most forward-facing installations. They also installed this car seat in a 2012 Ram 1500 Crew Cab.

At least two Amazon reviewers claimed that they could achieve a 3-across installation of Graco Slimfit in cars such as Ford Escape and Ford Edge. Another parent reviewer compared the Graco Slimfit to a Grace 4Ever and said that the former seemed to offer more remaining space for the passengers when it was installed in the middle of 2014 Mazda CX-5.

Other vehicles where the fit and installation is said to be perfect for Slimfit include the 2014 Chevy Cruze, Mercedes ML350 SUV, and 2014 Dodge Durango.

(As of: 2022/08/03 7:32 pm - Details
×
Product prices and availability are accurate as of the date/time indicated and are subject to change. Any price and availability information displayed on https://www.amazon.com/ at the time of purchase will apply to the purchase of this product.
)
You save: $15.00 (5%)
4 new from $304.990 used
View on Amazon *
(* = affiliate link / image source: Amazon partner program)
instalLation

Many parents who do not feel at ease with relying on pool noodles and/or rolled towels to safeguard their kids during car rides will find the Chicco Nextfit Zip an option to choose instead of competition. It has the most number of recline positions among other similar child passenger seats in the market so parents will find a recline position both in the rear-facing and forward-facing to suit their children’s needs.

The manual of Graco Slimfit mentions that rolled towels can mount the seat in an appropriate recline while Graco Consumer Services replied to an Amazon inquiry that cut-to-size pool noodles may also be used. At least one parent claimed that they needed a pool noodle/rolled towel to install the Graco Slimfit in their 2016 Volkswagen GTI, which has a significant slope and a recessed area in the seat.

As mentioned earlier, the Nextfit Zip offers more recline positions than the Slimfit so parents approve it for preventing the child’s head to droop while sleeping during long drives.

I think LATCH installation is rather troublesome with the Nextfit Zip not in terms of the actual installation, but in terms of the weight limit that parents must pay attention to. They must ensure that if installed with LATCH in rear-facing and in the forward-facing, the child should not exceed 35 pounds and 40 pounds. I suppose that some parents might find this confusing or might even forget it altogether.

The Slimfit has a higher and the same lower anchor weight limit for rear-facing and forward-facing.

Chicco Nextfit Zip has received high ratings from parents who have experienced mishaps on the road. In one review, one mother said that she was annoyed with her 3-year-old daughter’s Nextfit Zip because it is bulky and difficult to move around in the car. Still, the car seat provided comfort for her child in every ride and she is thankful that the seat also protected her from harm when they got in an accident.

Many parents claimed that the Graco Slimfit car seat protected their children during accidents. At least two parents said they bought the same car seat to replace ones that had been involved in previous accidents.

(As of: 2022/08/03 7:01 pm - Details
×
Product prices and availability are accurate as of the date/time indicated and are subject to change. Any price and availability information displayed on https://www.amazon.com/ at the time of purchase will apply to the purchase of this product.
)
2 new from $219.990 used
View on Amazon *
(* = affiliate link / image source: Amazon partner program)
the seat

Chicco Nextfit Zip is heavier than the Graco Slimfit so it is understandable how some parents expressed their dislike with the bulkiness and the difficulty in maneuvering during installation.

I think Nextfit Zip will offer parents a more convenient way of cleaning since its cover can be removed by unzipping the zipper, instead of locating and unhooking some elastic bands.

Considering that Slimfit is designed for use until children can use just the vehicle seat belt for riding safely, its expiration is longer at 10 years. Meanwhile, although the manual of the Nextfit Zip states that it can be used by a child from birth until 6 years old, its expiration is 8 years so it means that it can either be used for other children or by the same child if his/her height and weight are within the capacity of the child restraint.

The cup holders of Slimfit are more likable than Nextfit Zip for 2 reasons: Slimfit has 2 cup holders while Nextfit only has 1 and Slimfit’s cup holders may be collapsed for times when saving space in a car is necessary.

We can achieve a better fit with the harness system with Nextfit Zip since its chest clip offers 2 positions.

There is an approximately USD 70 price difference between the Chicco Nextfit Zip and the Graco Slimfit. The Nextfit Zip is more expensive.

The Chicco Nextfit Zip has some good points to offer that can make a daily usage simpler such as:

The Graco Slimfit features worth considering are:

While the Graco Slimfit seems to be more practical to buy, it doesn’t make the Chicco Nextfit Zip a bad choice either. END_OF_DOCUMENT_TOKEN_TO_BE_REPLACED
Read More
Parents’ Take On The Baby Trend Trooper 3 In 1 Convertible Car Seat
We use cookies on our website to give you the most relevant experience by remembering your preferences and repeat visits. By clicking “Accept All”, you consent to the use of ALL the cookies. However, you may visit "Cookie Settings" to provide a controlled consent.
Cookie SettingsAccept All
Manage consent