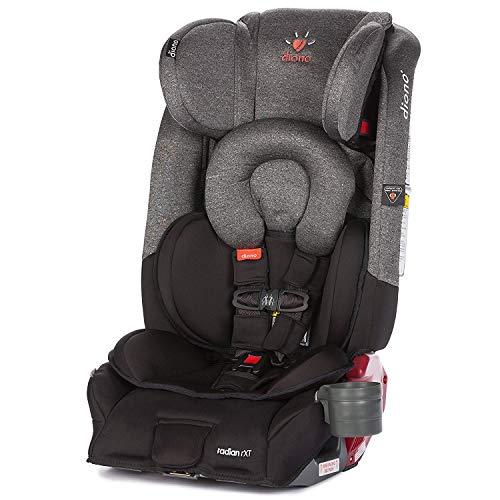 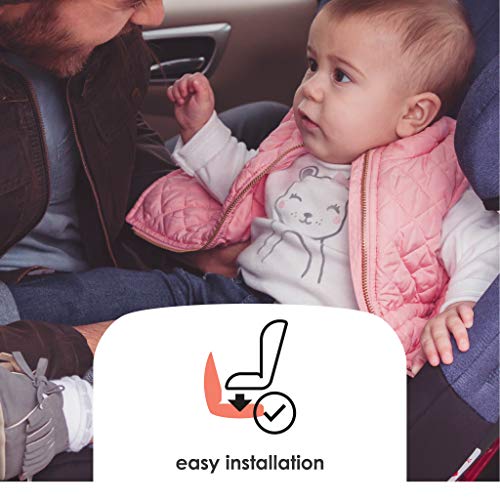 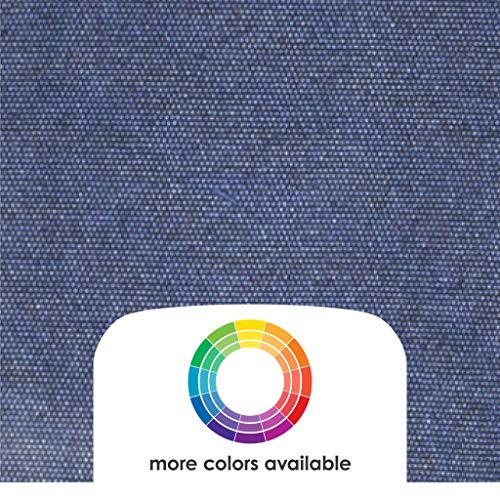 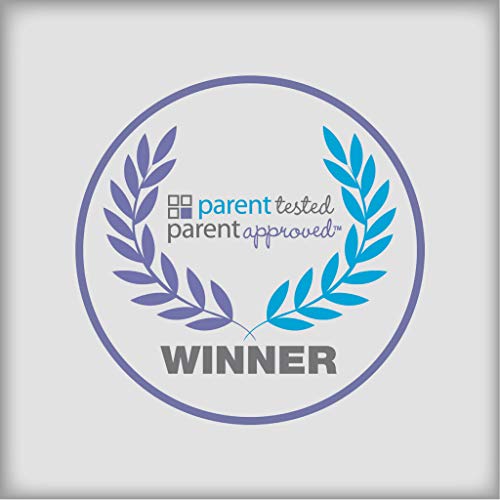 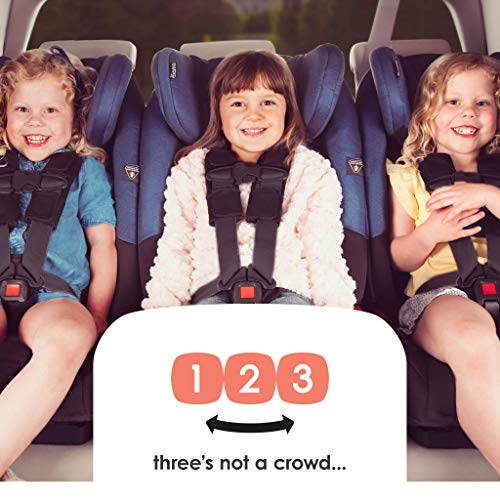 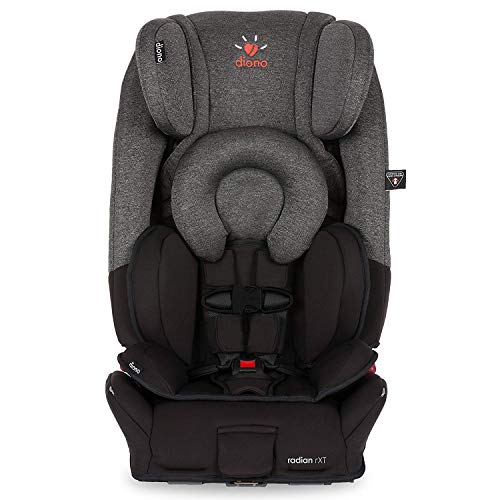 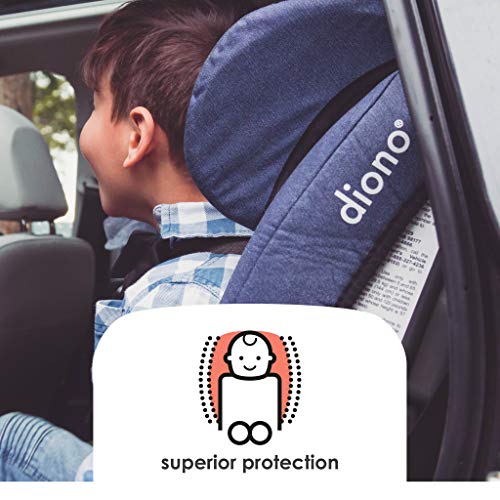 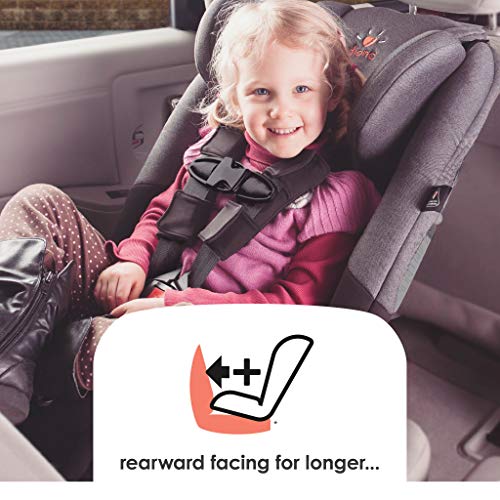 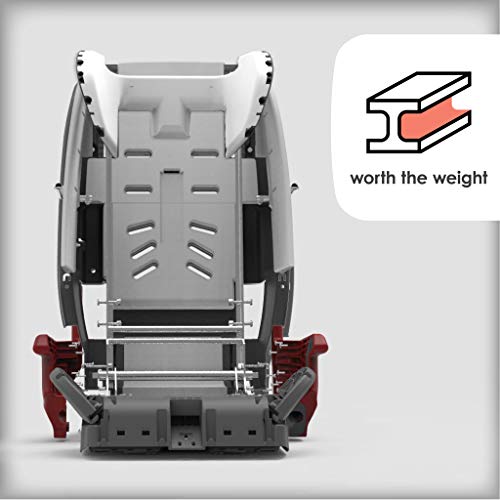 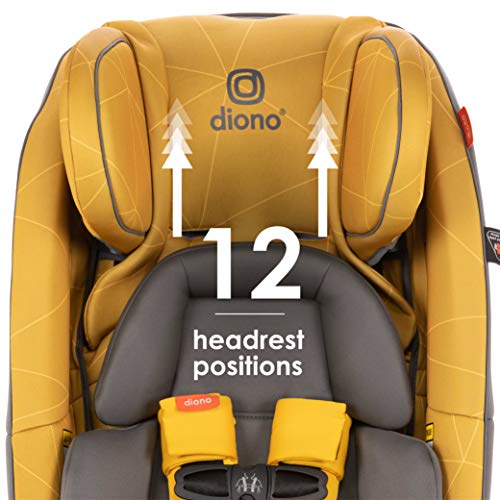 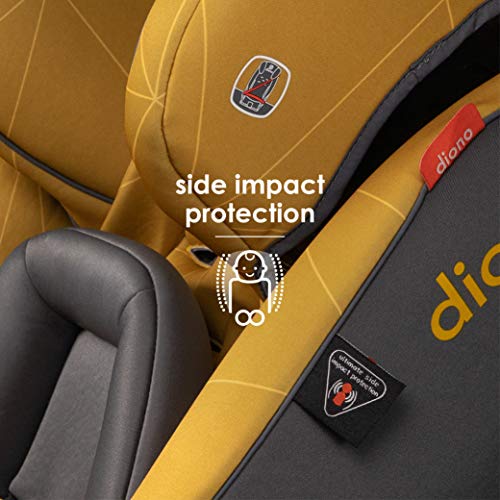 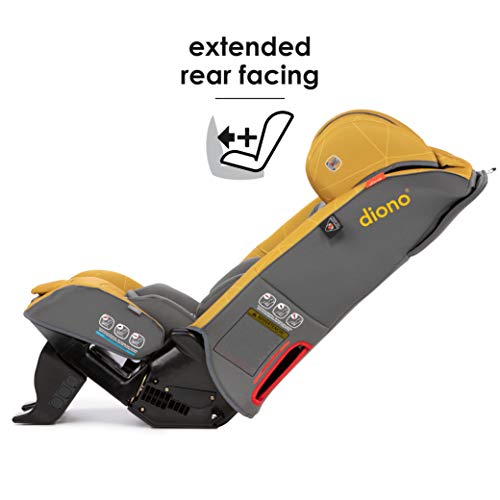 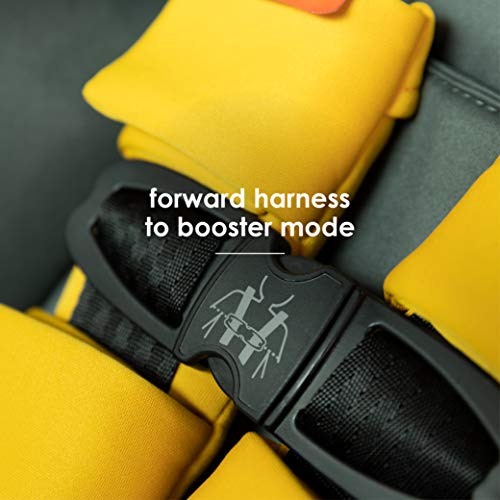 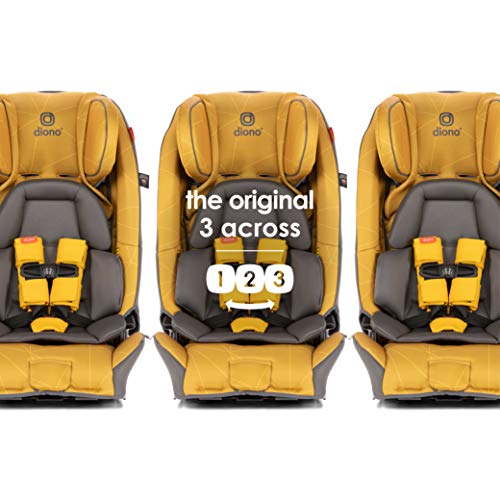 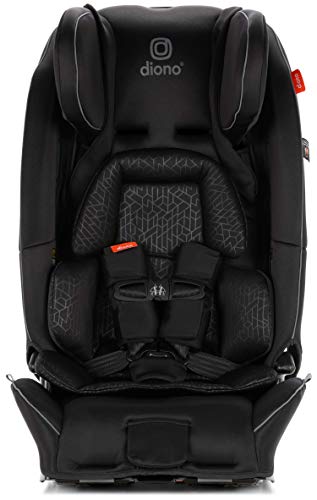 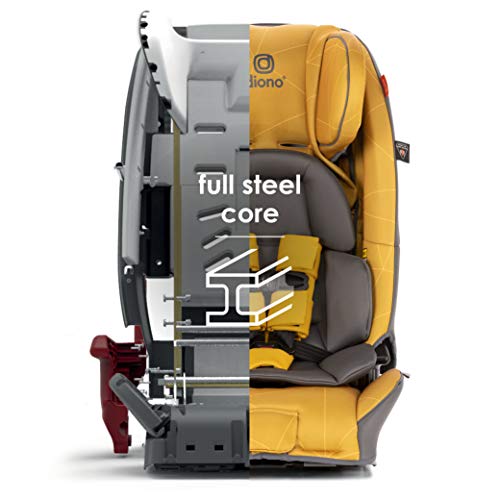 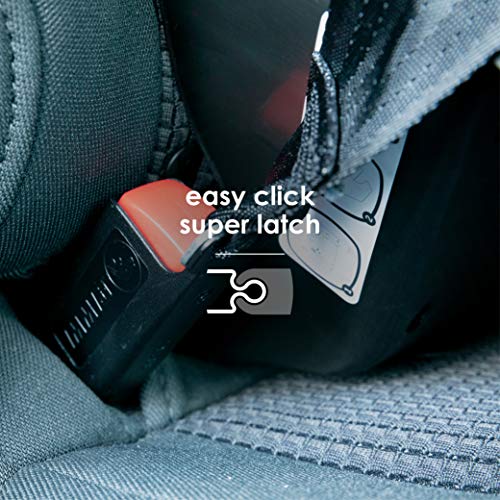 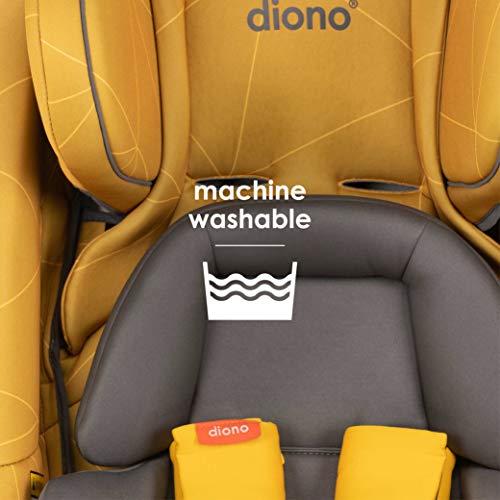 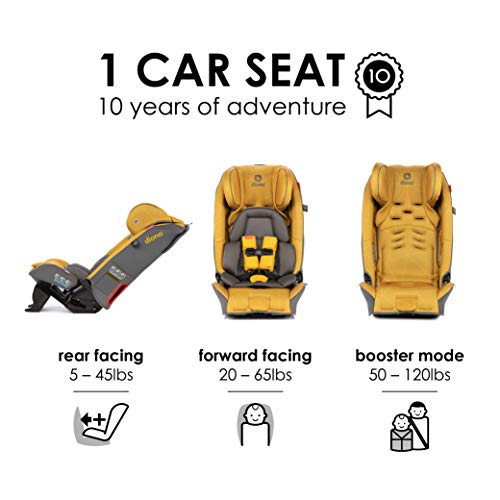 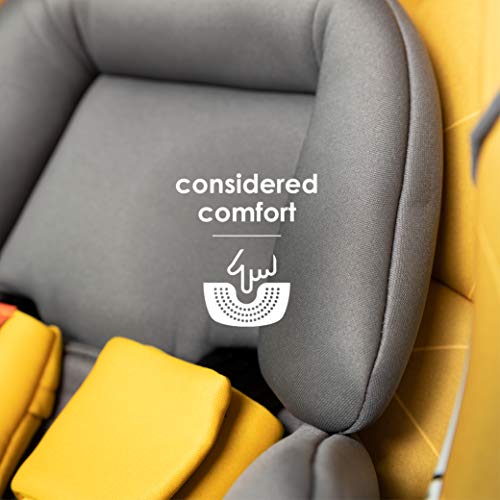 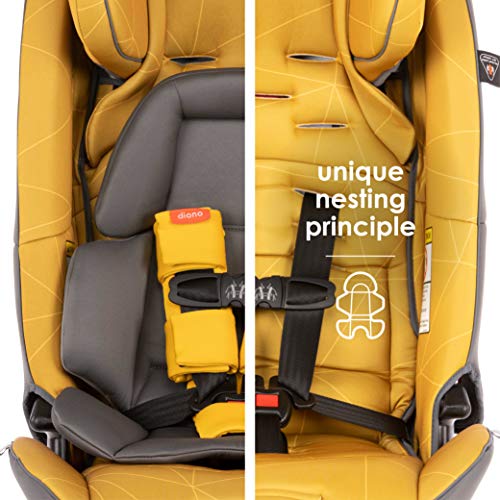 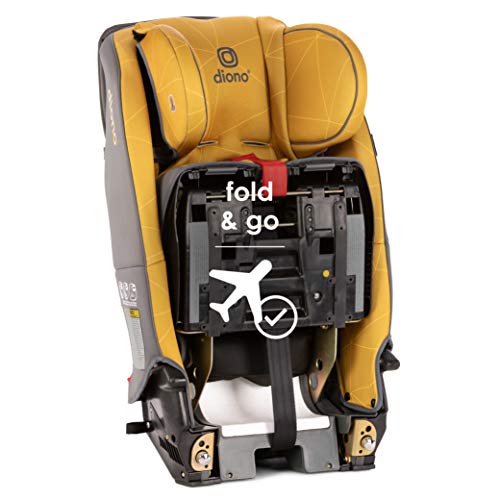 Diono Radian 3RXT is the revamped version of Diono Radian RXT. They share the same core features as shown in the tables below, but the newer version has some interesting changes. They differ from one another in terms of their names, but let us look at the other factors that differentiate one from the other. These differences might make you decide which one is better.

One main reason to get these seats is that they will allow you to have your baby seated rear-facing for as long as possible. The longer a child is rear-faced, the safer they are.

They are two of the few car seats that can have your child seated rear-facing the longest.

Although it states that it is for children as young as five pounds, I feel they can be too upright for newborns. The lack of reclining function would mean that your child’s head can fall forward especially for those who don’t have proper head and neck control yet.

While reclining it more will achieve a “safe” degree of recline for young babies, note that doing so will mean more vehicle space length-wise. Its height is 28.5 inches by default. Add the amount of recline you need to do and you will have the front seat across it moved all the way to the front.

If you have a large vehicle, that might not be a problem. However, note of it if you have a small vehicle. It may be narrow, yes. But installing it with the proper recline rear-facing mode will need all the space it can eat if you are using it for younger babies.

For older children who can sit more upright, a seat angle adjuster* can help raise the seat so it doesn’t eat up too much space in the rear-facing mode.

Forward-facing, this is probably where you will come to appreciate how much of a space-saver it is.

Size-wise, both Radian RXT and 3RXT are just the same.

Both the new and the old products are installed in the same way. Yet, the changes in the revamped version are worth mentioning.

You can secure the detachable base with the metal lock. It has a curved foot that will slide in between the seat cushion and the backrest.

In the RXT, belt paths are word-labeled while the 3RXT also incorporated colors to differentiate between the two belt paths. These colors, blue for rear-facing and red for forward-facing, are on the cut-outs of the cover since this cover conceals every component of the seat.

It is good to know that these color coding is also present in the user manual of 3RXT. Whenever you see blue lining on the manual, the word contents and details are about rear-facing while the red lining shows all the contents are about forward-facing. The yellow lining is for the booster mode.

The manual for RXT may also have colored linings, but it does not coordinate the colors with the three modes of installation.

The new and the old models come with lower anchors, Safe Stop and top tether all placed in their storage spots at the back of the seat. All these components which were out in the open at the RXT seat’s back are now covered in the Radian 3RXT.

While the cover provides a sleeker look for the car seat, it can be an additional hurdle for some if they ever need to access these components hidden under it. However, the new cover’s design can be easily handled.

When working on vehicle seat belts or lower anchors, be sure they are in through the actual belt path and not just through the color-coded cut-outs of the seat cover. Make sure you are working on the right color: blue for rear-facing and red for forward-facing.

Because of the new cover of the 3RXT, the old Diono Radian RXT will be “easier” to install than the new model Radian 3RXT.

According to the manufacturer’s response on inquiries at Amazon, one change in 3RXT vs RXT is the new top tether. In some early models of 3RXT, they attached the top tether straps backwards. The instruction manual has a section on how you can turn it around.

Tethering is mandatory in the forward-facing. It is not a requirement in the rear-facing, but if the vehicle allows it, you may do so.

The installation method (seatbelt or lower anchors) for the 3RXT or RXT in your vehicle (or if you could even install either in the car) will depend on the car make and model. According to reviewers, these two seats are difficult to install rear-facing in Honda cars, Dodge Journey or Nissan Titan; but fits well in a Toyota Highlander, 2007 Jetta and 2014 Ford Fiesta SE hatchback.

If you are like most parents who want to install a car seat in the center seat, but this location has no lower anchors of its own, you may measure the distance between the inner lower anchor connectors of the two outer seats (left and right) of the vehicle. If the distance is 11 to 14 inches and if your vehicle manual allows it, you could use latch borrowing for installation.

The old RXT has a click-ratchet adjustment system while the new 3RXT involves one smooth pull to adjust the harness.

Old users of Diono Radian RXT seats will come to appreciate the new way to tighten the harness straps of the 3RXT which is — just to pull it away, LOL.

Do the crotch/center buckle first and then pull the glide adjuster to achieve the right position of harness and then secure the chest clip.

This is may not be something new with 3RXT or RXT, but I feel it is worth mentioning about the Safe Stop feature of these Radian car seats. Using this “patented, energy absorbing harness load limiting device” will help parents optimize the safety feature of these products. In an accident, the Safe Stop can help reduce the impact that might affect the head, the neck, and the chest of the little passenger.

In the web page of Diono, you’ll read that it is for younger children less than 40 pounds as their neck strength might still be under-developed to support their heavier heads.

Most often than not, many parents who purchase these car seats easily disregard this component or just skip the part about this device when they read the manual.

Not paying attention to this Safe Stop device is understandable, because it is basically a strap that is not installed on the car seat when you unbox. It since is designed specifically for forward-facing. They even hide it under the new cover of the 3RXT so parents might not really see it and would not be curious enough to explore what this extra strap is for.

As mentioned above, the revamped 3RXT has a new cover that fully wraps the child restraint not only at the front (like in the older RXT) but also the back. With this new cover, all the components stored at the back, such as straps and accessories, are neatly tucked away, making the backside sleek and tidy-looking.

This new cover features heat-transferred labels because the plastic shell will be completely hidden from view. Again, there are access panels or cut-outs for forward-facing and rear-facing belt paths. If you order a Radian 3RXT and its cover came wrinkled, you may use a steamer to get rid of the wrinkle.

Some might think the full wrap cover could just be something to make Diono Radian 3RXT unique and more acceptable to the eyes, especially after some of the Diono Radian RXT products were recalled, but this is far more than that.

With the back part fully covered, the vehicle seat would now be protected against damages. The back part that can be visibly seen if the child restraint is installed rear-facing is now pleasing to the eyes because there are no messy parts to be seen. There are now fewer chances for the straps or accessories stored at the back to get caught on to something.

This full wrap cover has a specific pocket for the user manual. This pocket is found inside the lower left part of the back cover. You can see an indicator on the back cover that says that the manual storage is underneath the cover. Take time reading the manual, as this will be your handy source of information about the car seat. If you want some visual demos instead, just scan the QR code you might find on the box of Diono 3RXT.

The Diono Radian 3RXT’s “major” changes are the:

It is also now being made in the USA.

The above “changes” may be good at some point, but the major change I feel is a deal-breaker is the full-wrap cover.

Many parents find the old Diono RXT’s ease of installation to be already challenging. The presence of the new wrap cover behind the seat adds challenge to the already tricky installation.

I can say that I’d be just fine dealing with the old RXT despite the lack of “improvements” however, it’s difficult to find it in online stores nowadays, at least as of writing this review.

It is best to use these Diono Radians seats only after your child gains a proper head and neck control. It will not need too much recline by then so you can raise the seat with an angle adjuster* so that the space inside the vehicle won’t be a problem even if your vehicle is small.

The lack of reclining function is something unique for this seat, especially that most convertible seats come with 2, 3, 7 or 9 recline positions and even have indicators telling you that your angle is correct for certain weights.

With these seats, they leave you to gauge the proper recline and adjust it accordingly. That makes the tightening of the straps to the vehicle tricky. It can be a tough job sometimes, but with patience, it can be done.

The best use of the Diono Radian RXT and 3RXT is for transitioning your child from an infant car seat to these seats to have them seated rear-facing longer.

These seats’ main goal is to have your child seated rear-facing for as long as possible, and you can definitely do that in these seats.

That is something that is not easily found in other convertible car seats.

I highly suggest that you check out the feedbacks of parents who got these seats to help you decide further.

I’d love to know your thoughts in the comments section below. 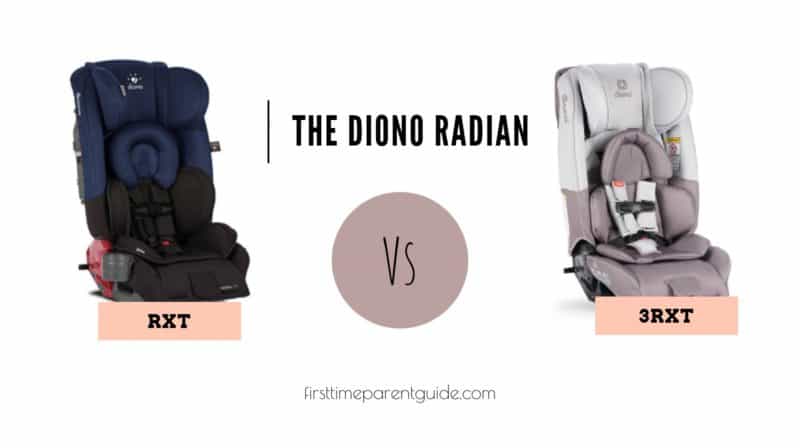 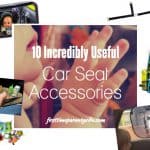 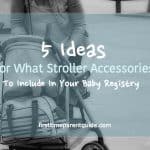